See the chart below to see why drug prices are so high. Enough said.

I've been studying television advertising for several months now. I've come to the conclusion that the NBC Nightly News, and many other TV shows, would disappear without pharmaceutical advertising. John Oliver even made a spoof of Big Pharma ads.

They'e not after you. They are after your doctor. All of the ads end with the same admonition, "Ask your doctor if this is right for you..." The goal is for you to pressure your doctor about something you cannot possibly be educated about--complex pharmacology. I tried it. I asked my doctor about a sure-fire medication exactly right or me. She said it would interfere with one of my other meds, causing worse problems. So there you go. One referral failure. But there are millions of successes, because Big Pharma is pouring money into advertising and promotion at at obscene rate.

This is the fun part. I racked up dozens of ads. Can you tell which problem they are solving?

Botox: "Calm your bladder." (Great repositioning of the product. Maybe they can administer it in my crow's feet.)

Cialis: "Why pause to take a pill?" (Direct punch at Viagra which has largely been replaced by Sildenafil. No ads for Viagra now.)

OIC: "Talk to your doctor about OIC and different treatment options." (If you don't know what OIC is, you probably don't need to know. If you have it, you'll already know. Clever website at www.oicisdifferent.com.)

Prodaxa: "Don't just go with the flow. Go with Prodaxa."

Orencia: "See your RA in a different way."

Otezla: "Show off more of you."

Vanda Non-24: A non-24 sleep-wake disorder. (Weirdly targeted at blind people--who are shown in the TV ad. Do blind people watch TV? Honestly, I have no idea.)

Xeljanz: "You can reduce the symptoms of RA."

Victoza: "If your pill isn't giving you the results you need, ask your doctor about Victoza."

Trulicity: "Activate your within."

Prevagen: "The name to remember."

Farxiga: "We are everyday people" (Ripped off the Sly & Family Stone song. Who owns it now?)

Opdivo: "A chance to live longer than with chemotherapy." (To me this is really odd. It's an obscure kind of cancer they are targeting here, It's hard to imagine a big uptick in doctor referrals.)

Neulasta: "Reduce your chance of infection." (When in chemotherapy. This is the most annoying commercial to me. It shows a chemo patient eating wads of seafood. I couldn't even look at food; seems phony to me.)

Eliquis: "For AFib Not Caused by a Heart Valve Problem." (I guess you know who you are?!)

Humira: "The first and only FDA-approved treatment for moderate to severe hidradenitis suppurativa. Remission is possible." (I think this is like bad acne.)

Symbicort: "Could mean a day with better breathing."

To complete the survey, I thought I would mention the lawyers who advertise on TV. They are hoping to trade on some poor person's ill fate and health to get their 1/3 cut of the settlement.

Several ads are running for:

Mesothelioma: An $18 billion trust fund has been set up for victims of this cancer. Two or three different legal firms are advertising their services.

Bad IVC Filter Alert: May cause blood clots. Three different attorneys to choose from so far.

Johnson & Johnson Talcum Powder: Linked to ovarian cancer. Maybe J&J will have to give up some of their marketing money to pay claims. Just one firm advertising sporadically.

There you have it. The world according to Big Pharma. As you can see from above, they are here to solve our every problem. I wonder if the next President will tackle the soaring price of drugs in the USA.

Adding facts to the fire

There is NO new spectrum. Now what for cell phones?

Talking heads, anyone? Create your own.

Why women fail in STEM later on 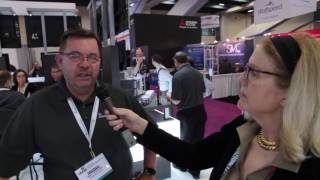 Adding facts to the fire

There is NO new spectrum. Now what for cell phones?

Talking heads, anyone? Create your own.

Why women fail in STEM later on